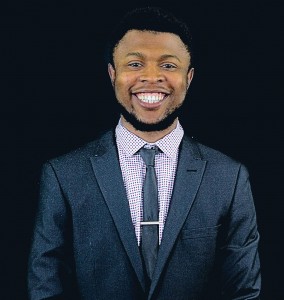 Ugbede M. Menyaga is free-spirited, humble, nice, and is engaging with friends, family, and co-workers. He currently studies International Relations as his concentration at Brooklyn College Graduate School. Ugbede Menyaga graduated from CUNY Hunter College with his Bachelors degree in Psychology. He has experience working with people who have developmental disabilities and individuals who are not capable of advocating for themselves, you will often find him speaking and connecting with these people. As a hard-working, peaceful, and God-fearing individual— Ugbede believes more can still be accomplished. For this hard work and dedication, Ugbede Menyaga was recently promoted and is now the Director of Development for Kor Foundation working closely with the CEO/President and CFO. Ugbede has raised thousands to provide school supplies for children in Nigeria and has been recognized by ‘Toys R Us’ with their outstanding donation.

Ugbede Menyaga worked as a Direct Support Professional and has experience in the field for over five years. Ugbede also worked as a CUNY Study Abroad College Assistant and a Secretary Assistant at Nassau Community College in 2010. From 2010–2014 Ugbede worked closely with a research team in Hunter College as a research assistant. He worked for Halo Network Shelter, Queens Parent Resource Center, and Maranatha Human Services as a Rehabilitation Specialist/Direct Support Counselor caring for and admitting individuals into the United States Shelter System and dealing closely with DSS (Department of Social Service).

This Campaign has ended. No more pledges can be made.